I just want to thank everyone who attended the talk I gave at this year’s St. Louis Days of .NET (which is being renamed to "dev up") event on Saturday, November 14, 2015 titled “Arduino Programming with Visual Studio 2015”. 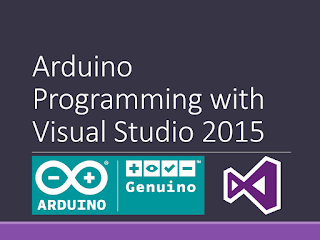 The source code that was used in my talk and the slide deck can be downloaded from GitHub at https://github.com/MHeironimus/ArduinoWithVisualStudioSamples.
Posted by Matthew Heironimus at 5:50 AM